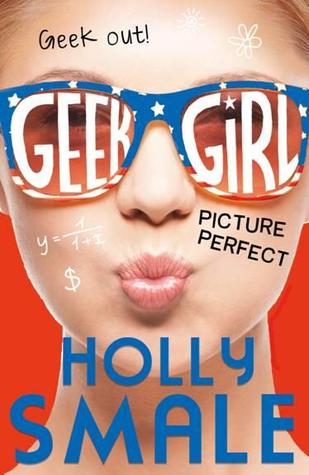 ‘“My name is Harriet Manners, and I’ll always be a geek.”

But she knows nothing about modelling in the Big Apple, and how her family will cope with life stateside. Or how to “become a brand”, as the models in New York put it. And, even more importantly, what to do when the big romantic gestures aren’t coming from your boyfriend…

Does geek girl go too far this time?

The laugh out loud follow-up to award winning GEEK GIRL and MODEL MISFIT will have you in stitches.’

Geek Girl is a series that I began in the middle of 2014. That feels like forever ago now. Wow! Time does fly. Anyway, I do love the series, but this installment in particular, is definitely my least favourite so far. The concept was great, but something just didn’t click for me whilst I was reading it. I just didn’t feel the same appeal that I did from the others that I have read.

Saying that, I did think the relationships between certain characters had been developed further, and seemed to work better within the series now, especially that of Harriet and Nick. I really love their odd relationship. It’s adorable and played out very well alongside the main story line.

I also think Harriet herself has grown more now than in the previous books, but without losing the person that she is, which is really great to witness. Some people would call her weird, but I say she is seriously cool.

As the story was drawing to a close, I think it was kind of losing itself, due to it to feeling a little rushed. I really felt that there was something missing which would have closed it slightly better than it had been. I can’t quite decide what is missing though, but I guess that doesn’t matter now. I just hope the next book in the series, All That Glitters will pick the series back up to where it was before.