At the start of this week, a friend and I decided to be a little spontaneous, and go and watch the movie that has had everyone raving. I am of course talking about Wonder Woman. I have never really been the biggest DC fan, so my mind was filled with uncertainty as well as excitement, due to not knowing how it was going to turn out. Thankfully, it was so much better than I could have imagined, and will in my opinion, definitely put DC back on the map, especially for me.

I think what stood out to me, was that however much strength our main character, Diana, aka Wonder Woman had, not only physically but also mentally, there were moments where she was not afraid to show people a more vulnerable side.

I loved that initial innocence, and that throughout you see a true journey that is being taken. It was that same child like innocence that really made the character, and added some of the most humorous moments in the movie. I do think though there was something so special about watching someone in this position grow within a world which is completely new to them.

Gal Gadot, who plays Wonder Woman, did a truly amazing job portraying such a strong character and after seeing her in two of The Fast and Furious movies, I was more than glad to see her excel in this, and push the boundaries of the DC world. You go girl!

Another commendable performance has to be Chris Pine’s portrayal of every girls dream, the Captain, Steve Trevor.

Pine plays a spy for the British army, who has uncovered vital information for use back home, but gets caught up with Diana, when his plane crashes in her home land. Together they join forces and return to the war with one objective, a kill and destroy mission for the greater good.

It was very refreshing to see a male playing the role of the sidekick. The fact that he didn’t overshadow or belittle her, but rather encouraged her, was an amazing change. Throughout you also see how, just like Diana, Trevor is also on a journey, one of self discovery and love. This becomes more apparent as the movie progresses, especially towards the end, when his feelings cause him to make an important which changes the tone of the entire movie, adding depth to both the character and the movie.

It was also interesting to see how the two interacted and how the dynamic was different to most movies similar to this.

Finally, onto the make or break moments, the times that define the true superhero movies from the imposters, the fight scenes.

Yes, there were the usual cliche moments that you see all of the time, and parts that were overly predictable, but they were quite subtle compared to what is usually seen.

Some of the shots used were absolutely incredible, but did remind me of other movies. For example, the final few scenes, reminded me a little of the end of Fast and Furious 6, which incidentally also featured Gal Gadot. It was like deja vu. I wonder if she felt the same about that scene?

These scenes all came with one specific message, fighting for what you believe is right. This could have gone over the border of ridiculous, corny and going horribly wrong, but had the exact opposite effect. It was seriously powerful and really resonated with me, as well as my friend.

The way it was directed and produced, came across well and was visually astounding. Everything seemed to just flow and work together so well. Even the resolution at the end was done perfectly. I couldn’t fault it.

If it’s the action you want, it is action you will get. Watch out Marvel, DC are coming for you!

Are You More DC or Marvel? 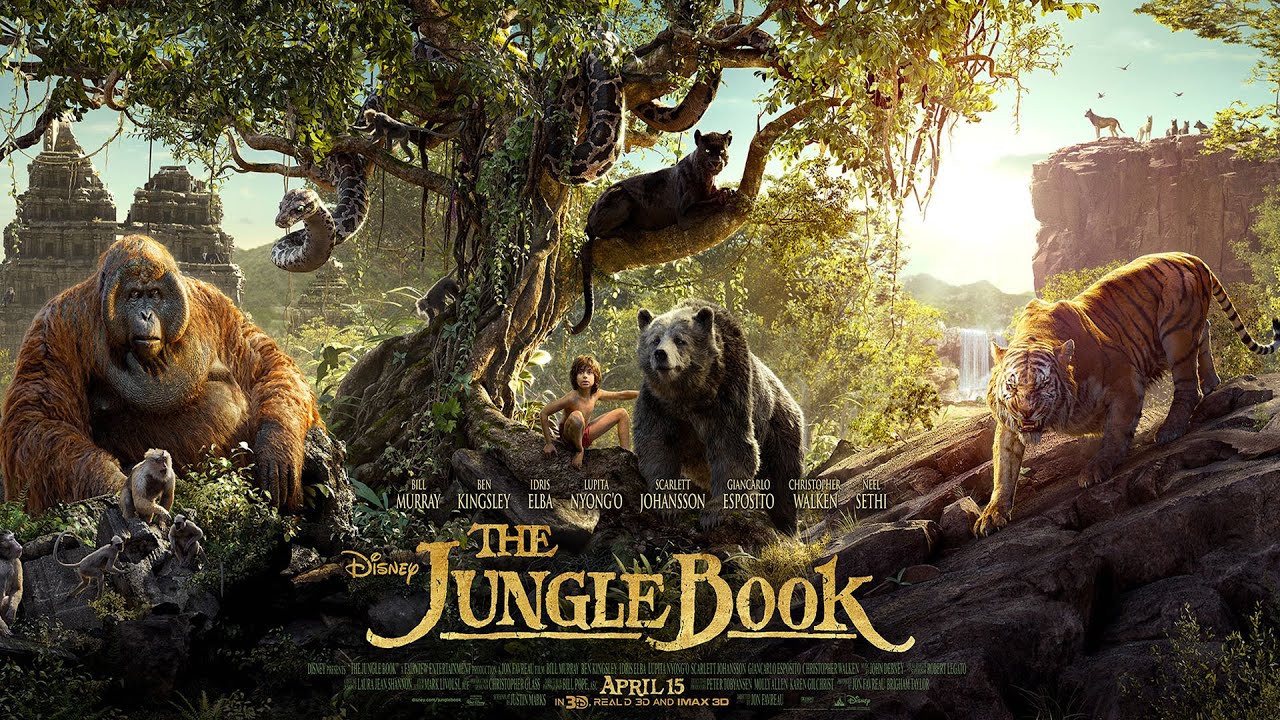 I literally finished this book last week, so to delve right back into this world so quickly, was awesome as I really got to see how it would adapt to screen…once again. I actually think this was one of the best book to movie adaptions I have seen in a while, and definitely beats the original. I didn’t think it would be possible, but it really did.

This was what I would call a more mature version of this film, and featured a great script full of so much heart and fitted this amazing cast well. The visual effects and the array of camera shots throughout really made this what it was. I was truly impressed. It helped bring forward the main concept for this particular movie, that being the feeling of belonging, and being accepted for what you are.

The characters were brought to life in a way we didn’t get to see before, especially Shere Khan, who was brilliantly voiced by Idris Elba. His low gravelly tone fit this character perfectly, making him a villain you love to hate.

I also felt that Akela, the leader of the wolf pack, was very reminiscent of Aslan from Narnia. I am not sure if anyone will think that once they have seen it, but I found it to be very familiar, but in a good way. 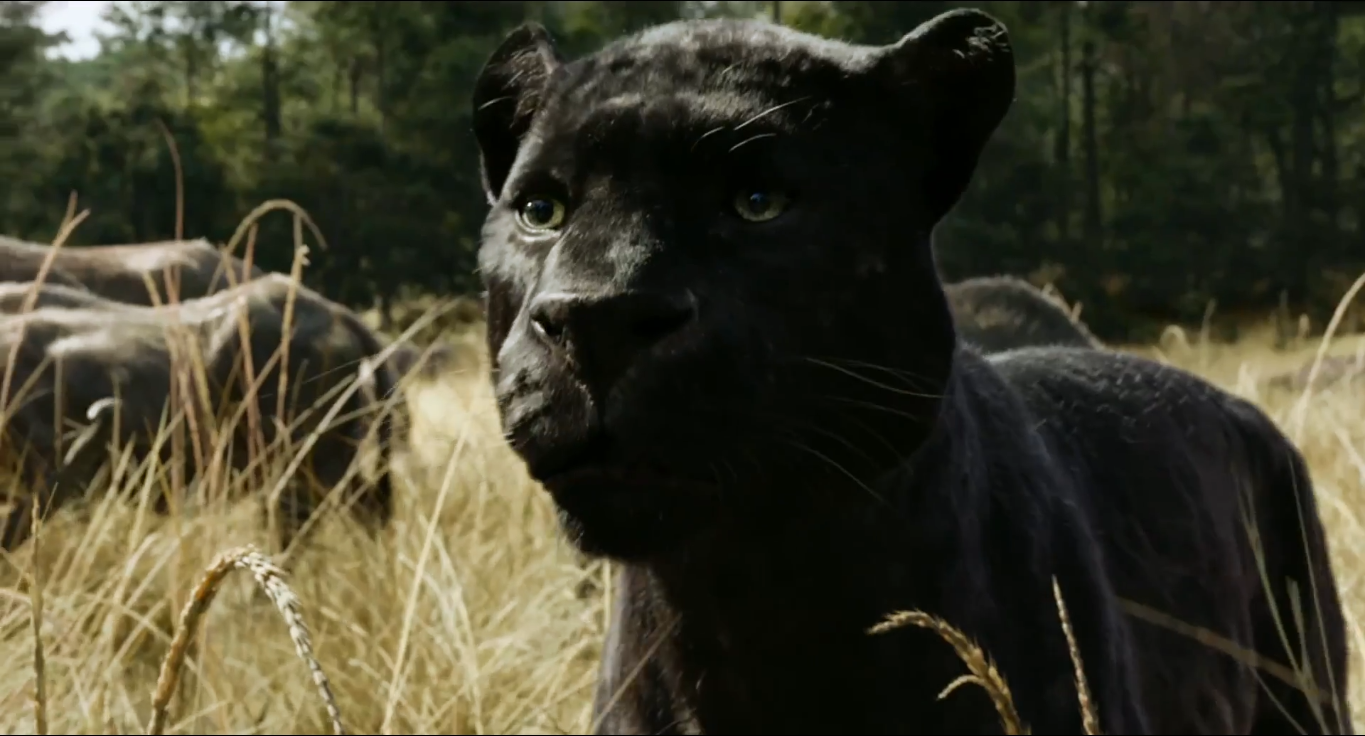 Something I really loved about this was how different Bagheera and Baloo were portrayed in this, than in the first movie, as well as the book. Baloo in particular was shown to be a bit of a hustler, or as Bagheera calls him, a ‘con artist’. However, over the course of the movie, we see how they evolve into the characters that we know and love, including how Baloo’s friendship with Mowgli causes him to change his ways, and finally care for someone other than himself.

If you want action, adventure, and whole lot of bravery, this is just the movie for you. A classic reinvented, and a love that will remain for years to come. The Intern sees Ben Whittaker (Robert De Niro), a 70 year old who lives alone after unfortunately losing his wife, finds a new lease in life when he takes a position as a senior intern at an online clothes company run by the constantly busy Jules Ostin (Anne Hathaway).

This movie may not be the best piece of cinematography you will see this year, or perhaps ever, but it will definitely send you off feeling good because of its heartwarming nature and the themes it deals with throughout.

One thing I loved about this movie was how there is such an unexpected but yet so special friendship that forms between Jules and Ben throughout. However, at first she seems reluctant to get to know him, but their relationship soon evolves to the point that he becomes a trusted confidant, as well as a sort of father figure to her, which is something she needs. From the beginning you see she needs someone to keep her grounded and to be honest with her, especially when there happens to be a problem that could effect her work and home life.

Something you are likely to take away from this movie, is that you may get older physically, but it doesn’t mean you have to feel your age, and conform to what is expected of you. Age is just a number, and doesn’t mean your worth is gone, but probably the complete opposite, as by that age, you have seen a lot and been through so much, making it more likely that you become an asset and someone to look up to. Experiences are everything, especially in this day and age.

I have to say there were a few things I didn’t quite understand about this, mainly to do with Jules and her husband. From first glance it seems like the perfect home life, but as the movie goes on, their secrets are unveiled and you see how her husband breaks her heart, but yet she thinks what he is doing is something to forgive him for. I wouldn’t! Some of their moments together, just seriously made me cringe, and I seriously did not get it. At all!

Ok, at first I was expecting this to be a film that I was going to seriously end up hating, and although it wasn’t the best movie I have seen in a while, it actually didn’t end up being as bad as I thought. That taught me not to judge!

We are now in June, meaning we are 6 months into 2016, and already in the Summer months. It’s crazy. Where has the time gone? So far this year, we have had some brilliant movies come out, including my favourite so far, Zootopia.

This made me wonder about the next half of the year in film and what we have to look forward to. Is there anything worth watching? The simple answer, yes! Keep reading, and hopefully you will have 3 new, upcoming movies, to add to your list.

The forgetful but truly lovable Dory returns for another adventure, but this time, it’s not Nemo who needs finding. It’s Dory.

This movie has been on my mind since Ellen announced it on her show a few years back. It has been a long wait, but thankfully, there isn’t much time left to wait before we get to be reunited with one of the most iconic characters of the 00s.

If you haven’t seen the first movie, Finding Nemo, you better catch up soon, because this is released June 17th.

An arrogant ex surgeon, gets a new start when he is given the chance to train with a sorcerer, which he will then hopefully use to save the world against evil.

I haven’t heard too much about this so far, but do I know that the trailer looks amazing, the cast is practically perfect, and it is from the minds of Marvel. Basically, those are what you need for a success in the box office, and something which will be an instant hit with the public. I can’t wait!

Rogue One: A Star Wars Story

Rebellion soldier, Jyn Erso is given the dangerous mission to steal the plans for the Death Star, along with only a few others available to help.

Ia absolutely love Star Wars, and I know a lot of you do too! I just find the action and the adventure to be so thrilling and exciting, and the story lines, to be so well thought out, apart from episode 1, 2 and 3 obviously, but let’s just forget they exist. The characters, and the way they all fit together in the way they do, just adds something really special to the movies.

Now this isn’t part of the main story you have been following, but it does have many familiar elements that will certainly comply with the worlds you have seen before. It will definitely be a great distraction for anyone who is seriously waiting on episode 8. At least this will tide me over until then.

Rogue One comes out December 16th. Now that is a long wait!

What movies are you excited about? What has been your favourite so far this year?