Every family has a music fanatic, and the problem is there are so many choices out there, that sometimes you just don’t know what to get. So I thought I would help you out, with the newest albums that should definitely please them this Christmas. 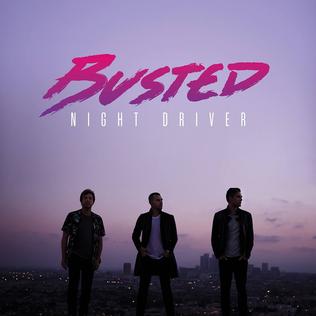 The popular British Pop-Rock trio that practically dominated my childhood, finally reunite (It’s been a while) for their long awaited third studio album, meaning they may actually reach their seventh album (That’s a pretty big deal if you understand that reference).

Night Driver shows a new direction for the band, with totally new material and ideas being thrown into the mix. So far it has been well received, and will please anyone who loves music from the likes of Imagine Dragons.

Yes! It’s Presley. Elvis Presley. And he is back (not literal) with yet another album of a selection of songs which has been remastered by the Philharmonic Orchestra, bringing them up to date, and straight into the 21st Century.

The perfect gift for that older friend or relative, or just anyone who loves the King or Rock and Roll.

Olly Murs may have come second in the 2009 X Factor, but definitely comes first in charm. If you’re British you will definitely know what I am talking about. I just hope one day America will open their hearts to our boy.

Thankfully with his newest album, 24 Hours, it might just finally happen.

If you love up beat pop music, this is an album you will need.

Just as an extra, how could I possibly resist?

I know this album was from 2011 and not 2016, but Christmas just wouldn’t be the same without it. In fact, it is still going strong and has easily become one of the best selling Festive albums of all time.

I don’t think anybody can hate this album, and has a little something for everybody, to help you get into the spirit of Christmas. It is the perfect gift for the entire family.

I hope these helped, not only to find the right pressie for someone, but also to find some new music for yourself. Multi purposeful!

What Albums Are You Waiting For?

4 thoughts on “Top Albums To Buy This Christmas”